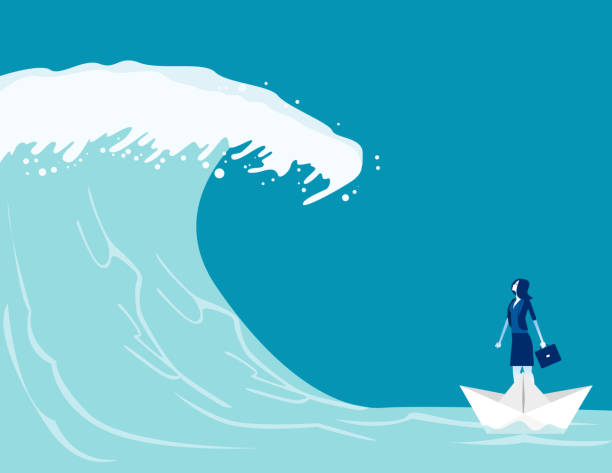 American Banker-A ‘turnover tsunami’ is coming. Will banks be ready for it?

Umpqua Holdings has a tried-and-true approach to growing its middle-market banking business: Hire more seasoned bankers who know the markets where Umpqua is looking to bulk up and have connections with the local business communities.

The $30 billion-asset Umpqua can boast of some recent recruiting success — it has hired more than two dozen commercial and corporate bankers over the past year — and now it’s seeing an opportunity to pick up more talented bankers who may have been reluctant to job-search in the midst of a pandemic but are now eager to make a move.

“I think there will be … disruption,” said David Erickson, Oregon director of middle-market banking at the Portland, Ore., company, adding that workers want to join firms offering a strong work-life balance and have been responsive to customers’ needs during the pandemic. “Those banks that are doing those things well are going to be net winners in terms of the talent migration.”

Umpqua can expect to face stiff competition for talent as coronavirus restrictions end and the economy continues to improve. Human resources professionals within the banking industry and beyond expect 2021 to be a year of rampant job-hopping as workers reassess what’s important to them.

Some may be seeking a more robust benefits package, while others need more challenging work or opportunities to grow. Some may want to work in a fully remote environment, while others miss the camaraderie of in-person brainstorming sessions.

The disruption presents both opportunities and risks for banks. On one hand, they are well positioned to pick up new talent that can help them bring in new business. But they also need to be mindful of the reasons people may be looking for new jobs in the first place. Burnout and disengagement are real, and banks that don’t address those issues risk losing top talent to competitors, bankers and industry experts say.

“I think this summer is going to be a hiring boom. I think there’s going to be a lot of turnover and a lot of attrition, but also an opportunity to get some really good people,” said Norah Larke, chief human resources officer with Wintrust Financial in Rosemont, Ill. “The last 15 months have been really hard on people, and people are looking for a chance or for the next opportunity.”

In March, the Society for Human Resource Management predicted a “turnover tsunami” once the pandemic ends, citing one study that estimated as many as half of all workers could be on the hunt for a new job this year. That study conducted in February by the research group Achievers Workforce Institute, named better compensation and benefits and work-life balance as the top reasons U.S. and Canadian workers gave for wanting a new job. Notably, 23% also named work-life balance as their reason for staying put.

“We suspect that going through a crisis has highlighted company values and culture, causing employees to become more discerning about the type of organization they want to work for,” Natalie Baumgartner, the group’s chief workforce scientist, wrote in the report’s intro.

“It’s a health crisis. You want your people to be OK and have peace of mind when they’re coming to work,” said Mariemi Sierra Alvarez, division manager of our people at Popular.

“Work-life balance” is more ambiguous because it means something different for everybody, but fundamentally, it requires that managers grant their employees some degree of autonomy and trust in how they manage their workload.

Casey Schaffer, the U.S. lead of talent and culture transformation at the consulting firm Capco, described a recent project with a global investment bank. Over half, or 60%, of the firm’s employees she interviewed said they would search for a new role if they were not given some flexibility as to location and working arrangements.

“There’s a sentiment that we’ve proven we can do it and therefore if you tell me I have to be back in the office for a job I’ve done over the past year, I’ll see that as a lack of trust,” Schaffer said.

Cameron Boyd, partner and director of the financial services practice at the executive search firm Smith & Wilkinson, described a recent situation with a chief compliance officer. The candidate he ultimately placed had had a significant commute before the pandemic, had adjusted well to working from home and was looking for a new job because his current employer wanted everyone back in the office full time sooner than he was comfortable with. The new employer offered the candidate, who had a young family, more flexibility to work from home.

COVID-19 “has stressed people in different ways and different people have managed that differently,” Boyd said. “This was a candidate who otherwise would not have been available had this bank not said, ‘We need you back here five days a week.’ ”

While many banks are eager to bring employees back to the office, human resources professionals stress that they want to continue to be flexible with their employees in a post-COVID world. For a great many employees, that may mean the option to work remotely when it will make things like doctors’ appointments or child care easier to manage

“There is a place for remote work and probably a growing place for people who want to work fully remote,” said Susan LaMonica, the chief human resources officer at Citizens Financial Group in Providence, R.I. “We do feel the majority of people are going to end up in some sort of hybrid environment.”

Some bankers will seek out new roles because they’re looking for a place where they can make a greater mark, something that Richard Cabrera, head of commercial and corporate banking, believes will benefit Umpqua.

Umpqua pitches itself to middle-market bankers as a firm with less bureaucracy and greater access to decision makers than a banker might have at a larger institution. Its rollout of the Paycheck Protection Program essentially gave the bank a chance to demonstrate that to potential recruits, Cabrera said.

In the first round of PPP lending, the bank made nearly 6,000 loans to clients who didn’t already have a relationship with Umpqua. That helped to raise Umpqua’s profile not just with business owners but also with loan officers at banks that prioritized their own customers when doling out PPP loans.

Some employees might go searching for greener pastures because they simply feel stuck or disengaged, and many American workers are more burnt out than they were a year ago. The Achievers Workforce Institute noted a sizable increase in employees who described themselves as disengaged or completely disengaged, from 14% last year to 24% this year.

The $187 billion-asset Citizens has devoted more resources to its internal career development programs, particularly for tech workers like engineers and developers. It’s partly an investment in its own workforce, partly an antidote to disengagement.

Its Talent Up program, for example, offers a multiweek engineering academy in which employees can train to become cloud engineers, full-stack developers and more. LaMonica said the program, which previously consisted partly of classroom-based learning, had gone fully digital during the pandemic. While some employees have “Zoom fatigue,” she said the experiment had also had the unexpected side effect of increasing accessibility to more people.

“There’s still a place for in-person learning, but you can accomplish an awful lot doing it virtually,” she said. “It breaks down a lot of barriers to physical access, which is really quite frankly one of the great wins coming out of COVID.”