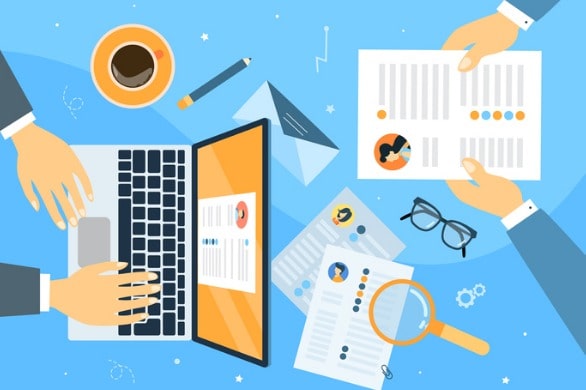 No matter how long you’ve been working, at one time or another you’ve had to apply for a job. You spend all your time perfecting your resume, spellchecking, picking the right font, and then you see “cover letter, optional”.  Nine out of ten times, I decide to write a cover letter. Why? Because I don’t want to seem lazy. I don’t want it to look like I didn’t read all the directions. I also don’t want to hurt my chances if all the other candidates DID write cover letters.

Cover letters give you the chance to sell yourself before the hiring manager gets to your resume. Its a chance to explain why you would be the perfect fit for the job.  But in 2021, how relevant are they? Now, more than ever, hiring managers are swamped. Do they have time to read cover letters? Is it worth the effort?

Unfortunately the answer is a mixed bag. A study conducted by ResumeLab surveyed 200 hiring managers on the necessity of cover letters. They found that 83% of people surveyed said a cover letter is important in the decision-making process. And another 83% felt that a great cover letter could land a candidate an interview even if their resume isn’t perfect.

However, contrary to the RsumeLab survey, The Addison Group, a Boston-based employment agency found that only 18% of hiring managers consider cover letters an important part of the interview process. According to this study; work history, experience, and the reputation of your previous employer far outweighs the cover letter.

So where does this leave us? Carll Wilkinson, CEO of Smith & Wilkinson says “Cover letters, when done well, can be incredibly valuable at providing context around someone’s candidacy.  Why are they interested?  And what do they view as the most relevant part of their background? On the other hand, a general (i.e. non specific) cover letter adds very little to someone’s candidacy.  The “To Whom it may Concern” style of letter has never been all that valuable.”

It seems that if you have the option to write a cover letter, or opt out, you should write the cover letter. While cover letters may be on the decline, Shannon Nolde, lead recruiter at Zendesk, a software development company in San Francisco, says that cover letters add more value depending on the job you’re applying to—e.g., a creative job in marketing, public relations or content fields where writing is prevalent.

If this is the case for you, your cover letter should address the following: how you learned of the opportunity, how your qualifications match the job requirements, your possible availability in the area and how your specific skill could contribute to the company.

If you’re still debating about whether you should spend the time writing a cover letter, ask yourself, “What’s more important, a paragraph explaining why you want the job, or bulleted facts in your resume or portfolio that show you have the skills to do this job?”