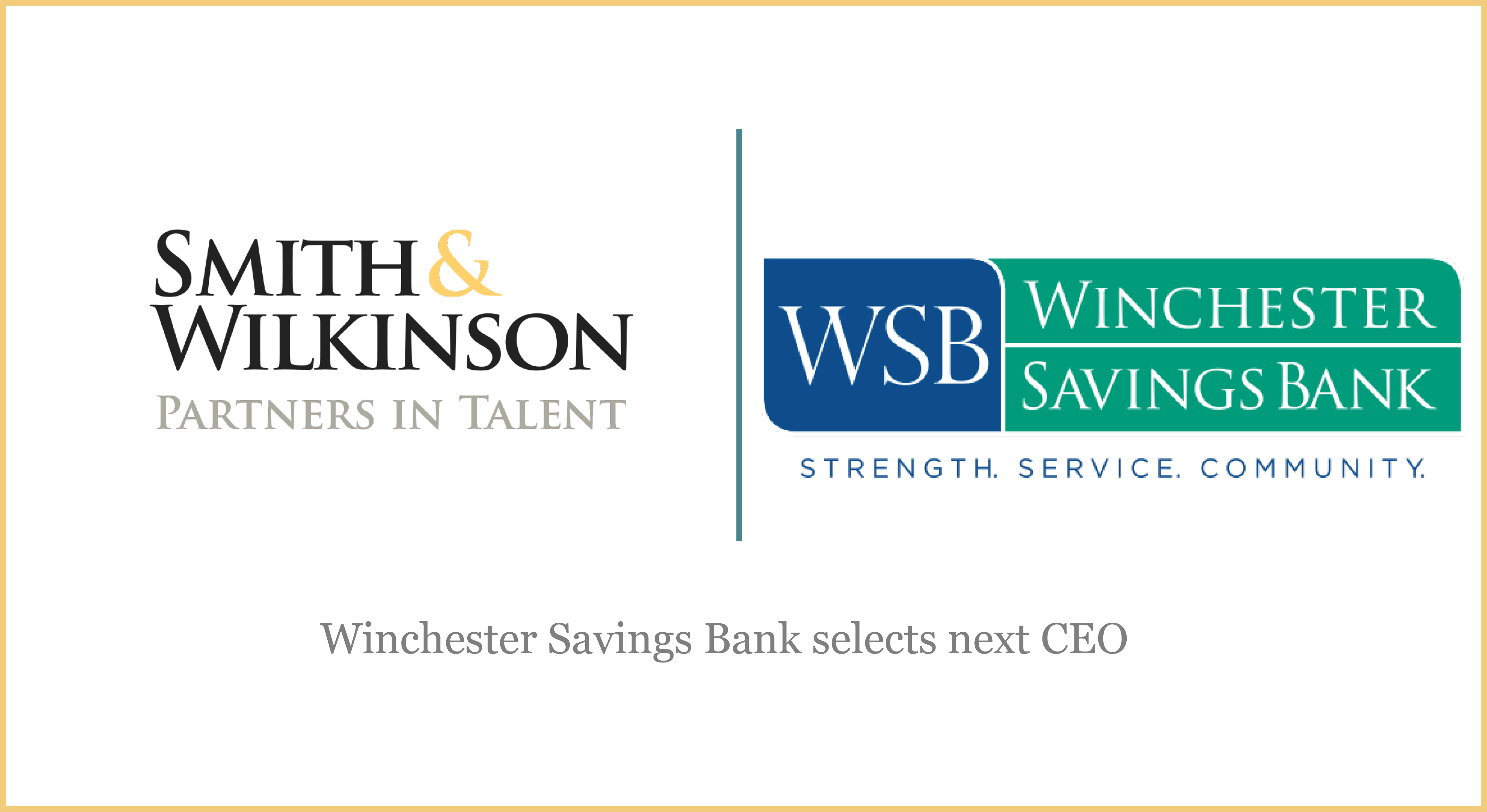 Following the planned retirement of longtime President & CEO, Peter Segerstrom, the Board of Trustees of Winchester Savings Bank (“WSB”) unanimously selected John A. Carroll as its next CEO.

WSB is an approximately $600MM mutual bank that recently celebrated the 150th anniversary of its founding.  Under Segerstrom’s stewardship, the bank maintained a strong financial foundation and a reputation of excellence in service.  Smith & Wilkinson, a talent advisory firm offering executive search and leadership consulting services, partnered with WSB’s appointed Selection Committee to manage the CEO search and selection process, culminating in the selection of Carroll.

A career financial services executive who has spent the past 20 years with two eastern Massachusetts community banks, John Carroll most recently spent 9 years as Executive Vice President & Chief Operating Officer for Peabody, MA-based East Boston Savings Bank.  Prior to East Boston, he held a similar role with Danvers Bank from 2004-2011.  A resident of Randolph, Carroll will begin his tenure with WSB in January of 2022 and plans to relocate to a community within WSB’s immediate service area.

“What was clear from Day One of this engagement was how deeply the members of the Winchester Savings Bank community cared about this bank and its role in the community.  Peter’s legacy will be felt in the strength of the team that he developed and the foundation that the team built that will allow the next generation of leadership to take the bank to new heights.  The leadership from the Selection Committee during this time of transition was tremendous, particularly from its Chairman, Debbie Carson.  I’m pleased that the bank was able to attract such an exceptionally well-rounded community banker like John Carroll, who not only is at the perfect point in his life and career to assume leadership of this wonderful mutual bank, but who also shares so many of the bank’s values.”  Cameron Boyd, Managing Partner, Financial Services Practice.